Having eradicated (almost) every trace of orange from our office wall, it’s time for stage two. We did some research and found a product which we hoped would remove the final layer of primer, and help us expose the original wood paneling. 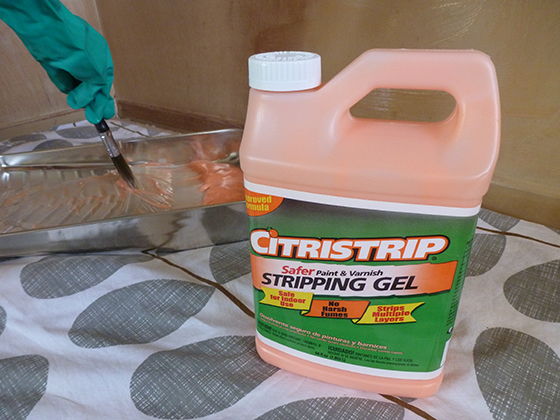 Karen isn’t just modeling the Citristrip (and the over-sized gloves I mistakenly bought her) she did all the work too –applying it to the entire wall, removing it with a squeegee, then wiping off any excess with mineral spirit. 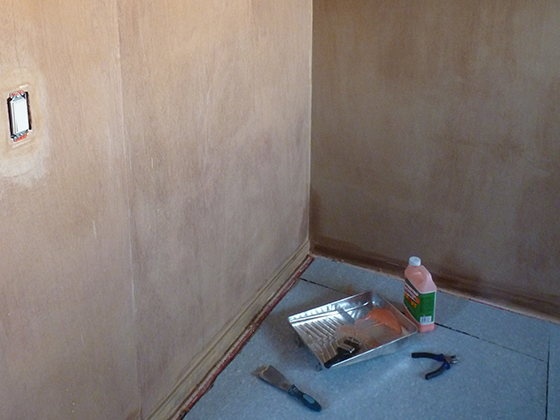 This removed most of the primer, and revealed more of the wood grain. But we needed to go deeper. So we sanded with 120-grit, going slowly, hoping not remove the entire layer of veneer. We were starting to see results, though the wall was still far from perfect. 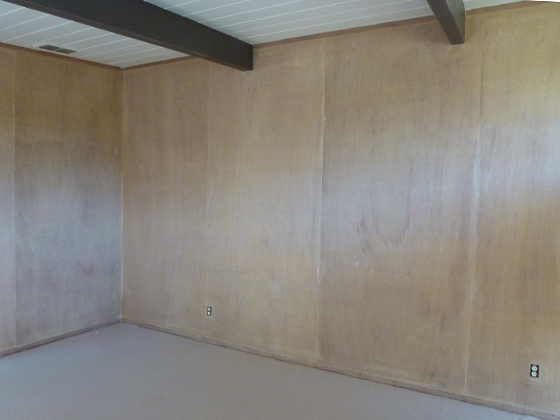 Now we considered our options. The wall still had plenty of marks, and was pretty patchy. We decided to blend it with Howard’s Restor-A-Finish, in walnut. 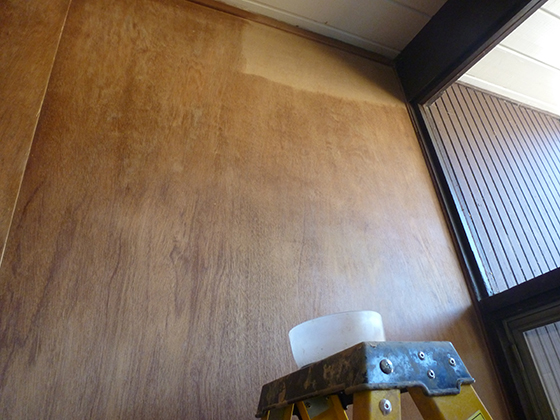 We’re not big fans of rich red mahogany, typical of Eichler paneling, and ours doesn’t seem to be that type. We’re pleased that it’s more of a walnut color, particularly as it’s such a large wall. It should work nicely with our future color palette. 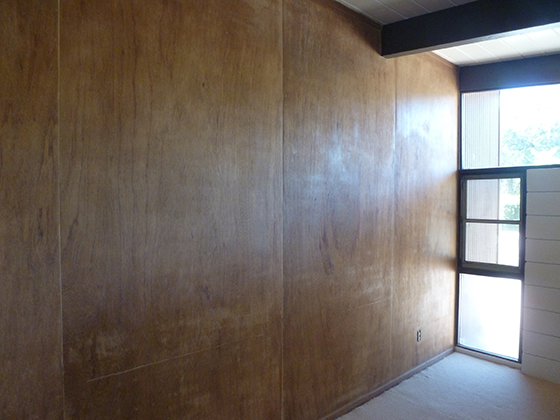 There are still some imperfections, but we keep telling ourselves it adds character. In truth, we will regroup and revisit (sand/stain patches) at some point. For now, it’s a big improvement, and we’re thrilled to have re-gained our original Eichler paneling.