Remember I told you we repainted our large orange living room wall white? Well, that was only half the story. The orange paint-job extended around the corner, into our all-purpose room/office, so we tackled that too. Actually, I had the pleasure of doing this bit. 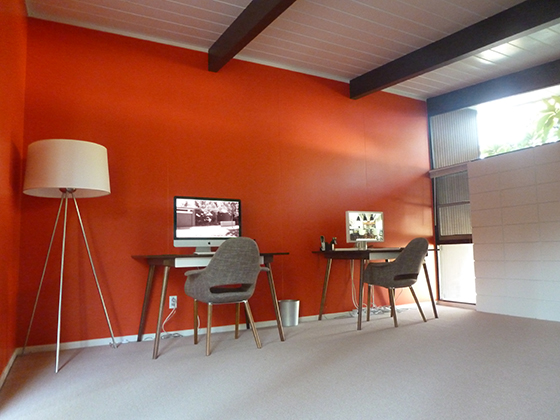 And I quickly discovered some differences with this section of wall. First, it’s a slightly darker shade of orange, presumably painted at a different time. Second, it wasn’t primed very well, as the paint began stripping off rather easily. Actually, that’s an understatement. 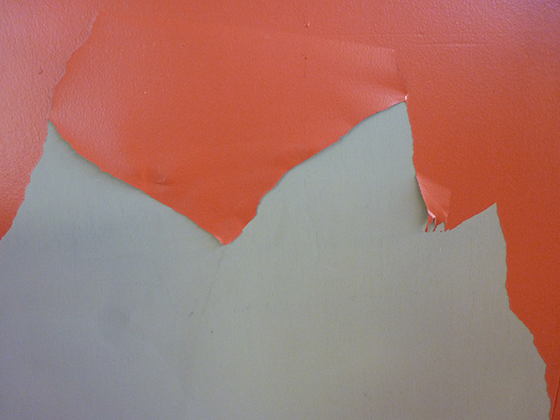 It peeled off in large sections, much like wallpaper. This is exciting, because under this paint is the original Eichler paneling, much coveted among enthusiasts, including us. I immediately showed Karen and we both got giddy at the potential of restoring such a large original wall. 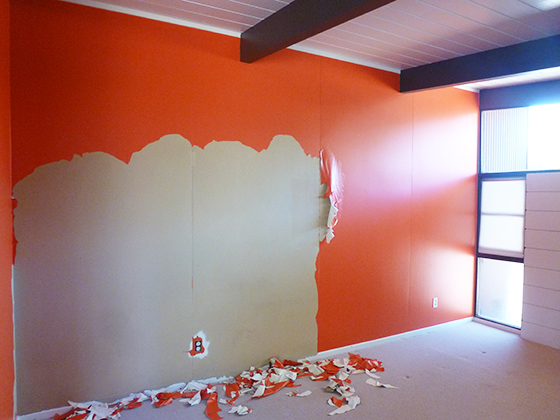 I pressed on and stripped the entire wall, including fiddly baseboards and beading. Turns out, we were far from finished. Under this vast orange layer was a thinly primed surface. You can see some of the wood grain, so it shouldn’t take too much shifting, but we’re nowhere near done. 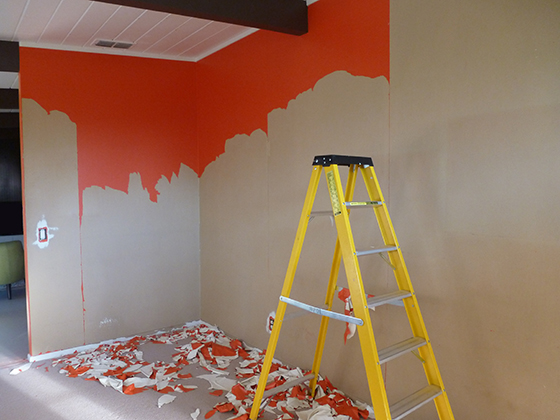 There are also thin lines of orange in between each panel, which will need further stripping. Next step is some research, to find the right product to remove the primer. I have a feeling this will also need significant sanding, thereby creating a substantial mess. 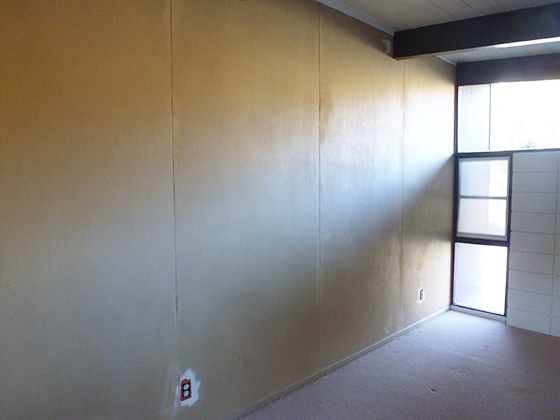 But that’s for another day. We’ve made a great start. And it’s satisfying to see this mass of orange off the wall, and in the trash. It’s also very exciting to think that we could soon be the proud owners of a near original wall of Eichler paneling. To be continued…

One reply to “orange peel”