This shade of brown doesn’t do it for us. That’s unfortunate, as it covers our entire house. We’d love to repaint it right now, but we lack the funds. What we do have is time. Time to pore over color samples. Time to figure out exactly how we’d like the house to look. 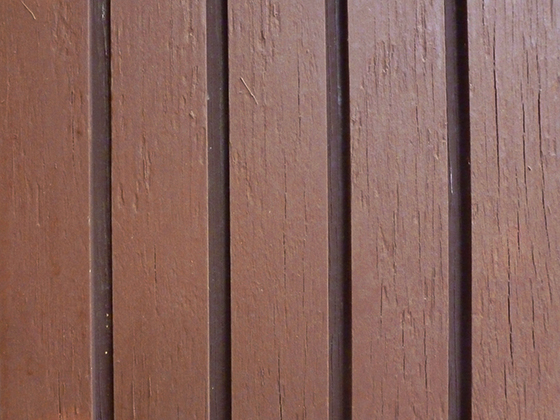 So, we bought a paint sample guide from Benjamin Moore and started picking out colors. We tabbed-out a few (okay, a lot) then made short list. Actually, it still wasn’t that short, despite us having a pretty clear idea of what we want. 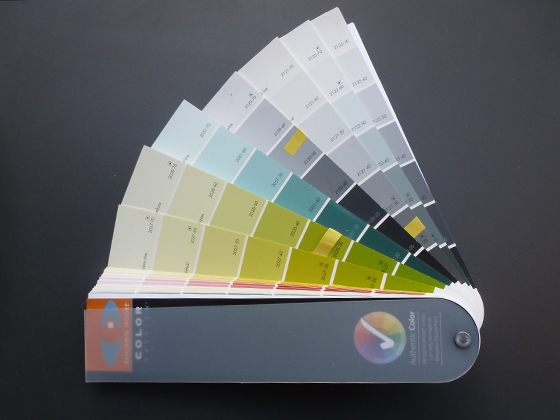 We ordered in a bunch of samples and set aside a few hours to play. It may seem sad to some, but the arrival of these sample pots (this is just one of the boxes) represented the highlight of our week. That’s just how we roll. 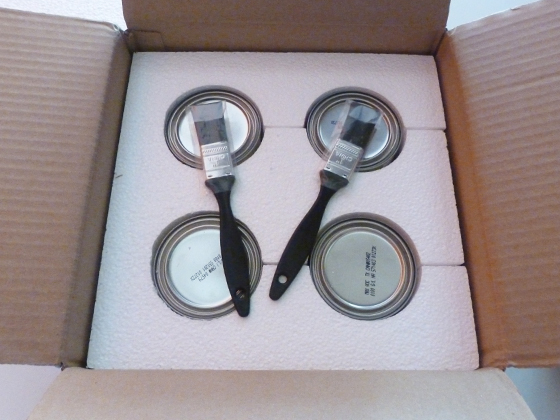 We laid out some siding that we had left over – may as well use the real thing – and began painting blocks of color onto it. We need to find two complementary shades of gray for the siding and beams. Simple, right? That’s what we thought too. 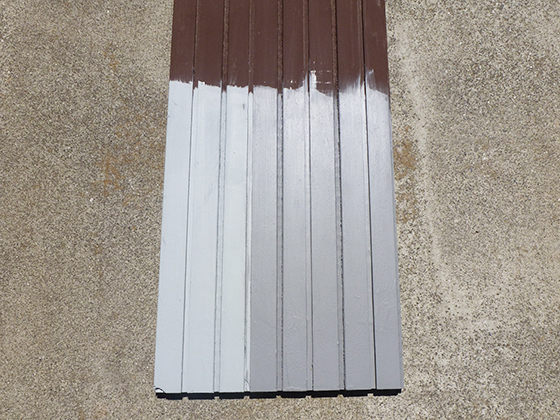 But every shade of gray seemed to contain traces of blue, brown, red or green. We just want gray. We labeled them all, stood back, and contemplated. Here’s a shadowy me, capturing the evidence. Despite appearances, I am not wearing a skirt, nor do I have a large hook-nose. 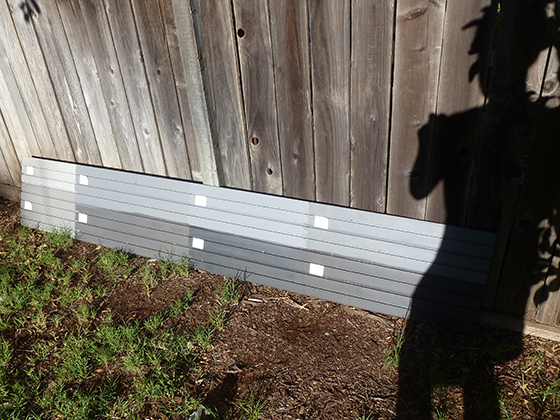 We finally settled on two grays. The next stage will be testing the lighter one (for the siding) on a larger scale, by painting the indoor siding, below, which extends out from our living room. It’s currently covered in ebony Minwax stain, so anything will be an improvement. 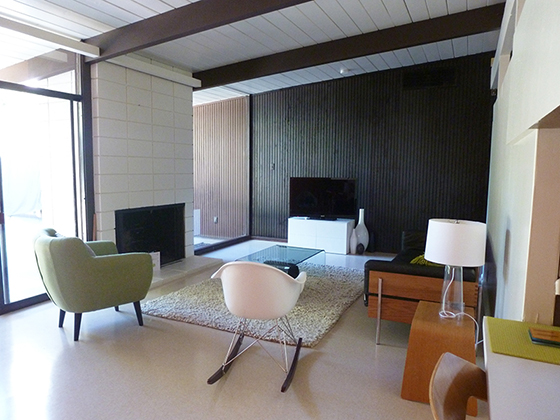 We also need to pick an accent color for the (currently orange) front door and external panels. We always had lime green in mind for this. It’s a color we both love, and it would pop against the gray. As a backup, we opted for an MCM-friendly shade of blue. 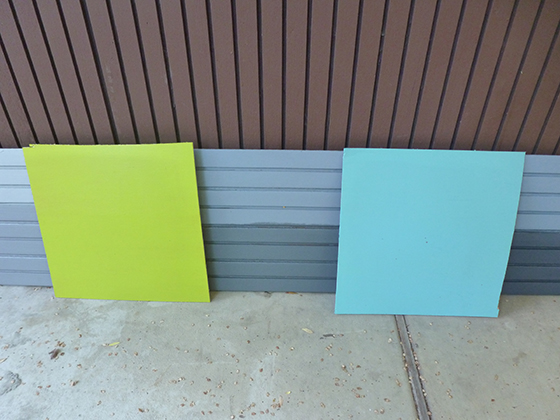 Predictably (for us) lime won out, though I’d like to introduce blue somewhere in the house –probably just a feature wall. So, that’s the painting plan so far. Given the time we have, and our record on such things, there will inevitably be some tweaking.

One reply to “picking paint”