Way before moving to Sacramento, we saw The California Museum had a Ray Eames exhibit going on. It ran for a year, six months of which we lived right here. We kept planning to go, but stuff (mostly house stuff) got in the way. Eventually we made it, on the very last day. 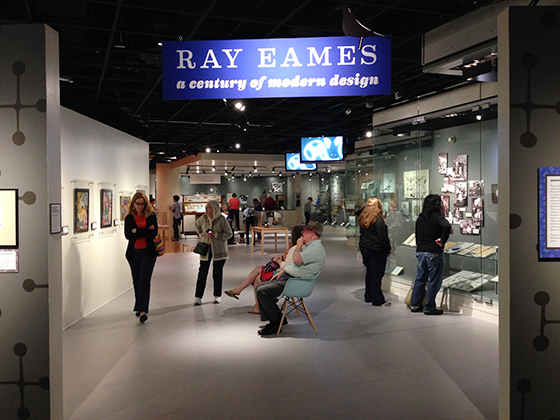 Ray, a Sacramento native, was Charles Eames’ wife, and the lesser known of this duo, famous for iconic chairs, Case Study House No. 8 and Powers of Ten, amongst other things. The exhibit covered everything you’d expect, plus Ray’s early life and work. 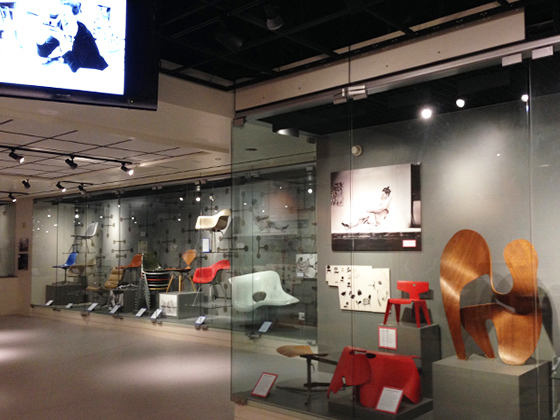 All fascinating stuff, but the chairs steal the show…to us, anyway. We’ve long coveted many of these familiar forms, well before we had a house that was worthy. But originals are expensive –so we’ll be waiting a little longer to fill our home with them.