We love our cinder-block fireplace. One problem –it’s yellow…and it shouldn’t be. More accurately, it’s smoke-stained white, but it amounts to the same. It doesn’t look too bad in this pic, but trust me on this. Anyhow, we set about re-painting it white. 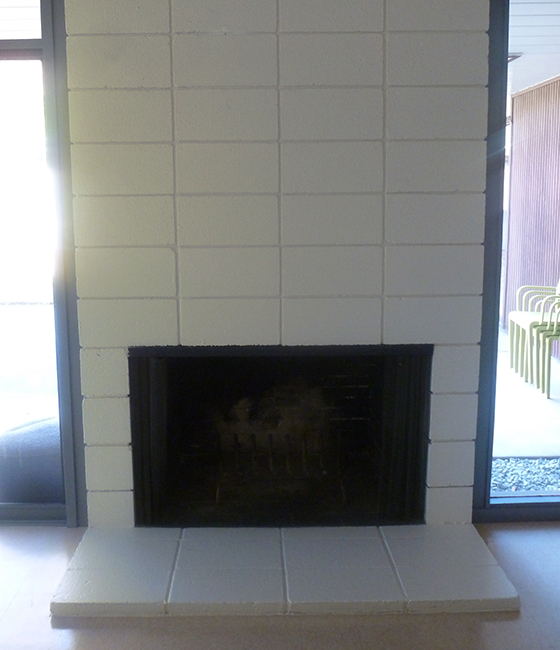 The texture of this cinder block makes it difficult to paint with anything other than a brush. So that’s what we did. You get a better sense of how yellow the fireplace was from the ‘during’ photo, below. Excuse the quality –this was taken in dim light. 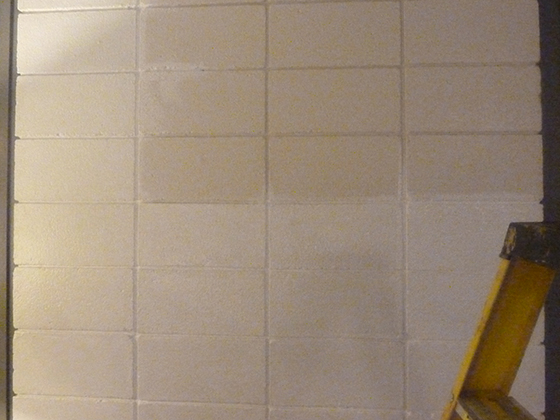 Next day, all was bright and white (though the outdoor section still needs painting). As a bonus, you get a glimpse of our first ever Eichler Christmas tree. It doesn’t really fill the space, but it was the biggest we could fit in our Mini Cooper. 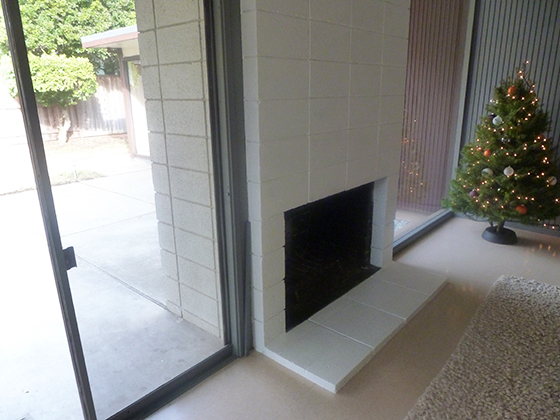 Anyway, back to the fireplace. With the brick now pristine white, another problem presented itself. The inside is a mess. Actually, this is even more messy than usual, as we just lit our first fire, hence the burnt remnants you can see below. 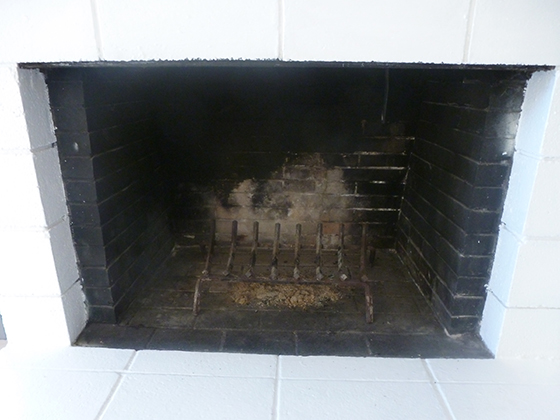 So, we bought some Rustoleum high-heat black spray paint, and secured the area with masking tape and paper. We thought that would do the trick –in reality, the spray paint drifted well into the room, requiring considerable clean-up. 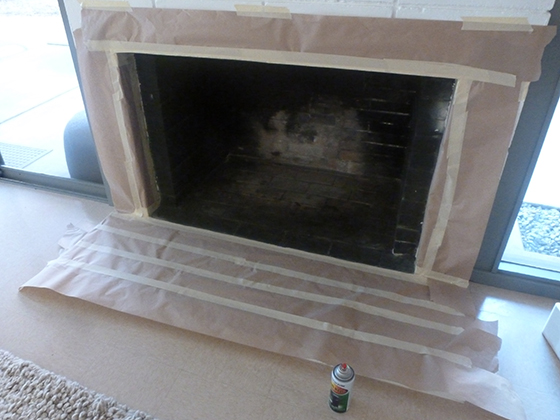 But the results were good –though you can’t see too clearly, below. I guess that’s a good thing, as it’s black. We also spray-painted the rusty old grate, which almost disappears too. Not sure how the paint will hold up when we next light a fire, but it looks good for now. 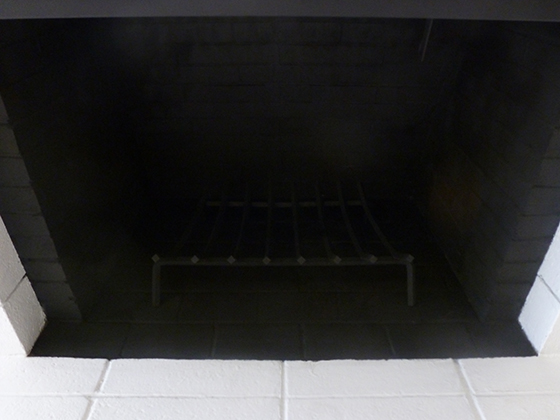 And when you stand back, the black/white contrast is pretty striking. Like I say, the external portion of the fireplace still needs painting, though there’s little point doing that before springtime. We’d like it to stay clean for at least a few months. 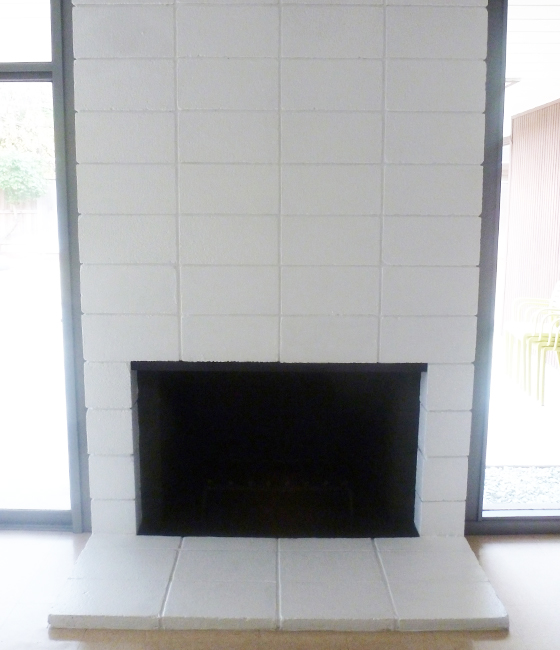 Seemingly this project is done. In truth, though you probably can’t detect it, it’s still a bit patchy. We may give it a further coat of a more glossy white paint. A big improvement nonetheless…though it does emphasize the brown-ness of our flooring. But that’s for another day.

Posted in our eichler restoration and tagged fireplace, living area, living room, painting.
Share
←  Newerwelcome to the jungle
Older  →beam me up