Our place was rented out for a few years before we bought it, and the occupants added some interesting personal touches. This painted curb, for example, which looks like a red-blue-white national flag…for some fictional country. 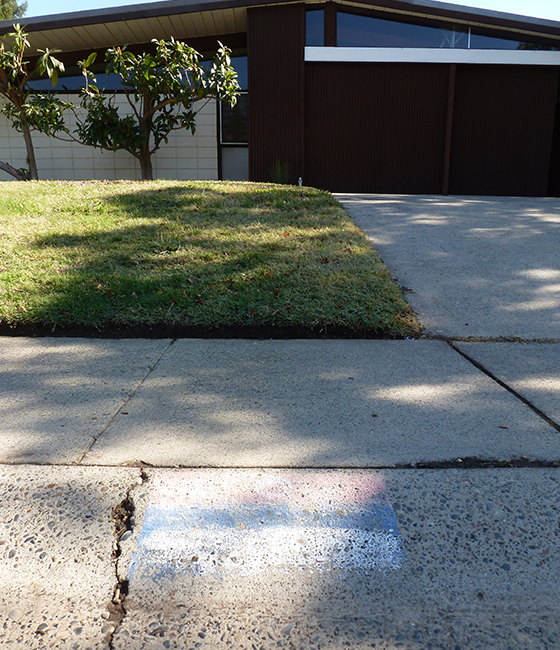 We planned to add a curb number anyhow, so obscuring this little number would be a bonus. The painted area is larger than ideal though, so I tackled it with a wire brush and hot soapy water, trying to remove at least some of it. That didn’t work. 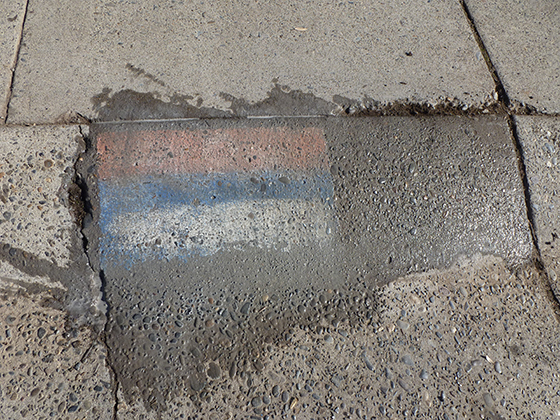 So, we were stuck with this size for our new number background. We waited for the curb to dry, then taped-off a neat rectangle, using plenty of masking tape and brown paper. The area was now ready for spraying. 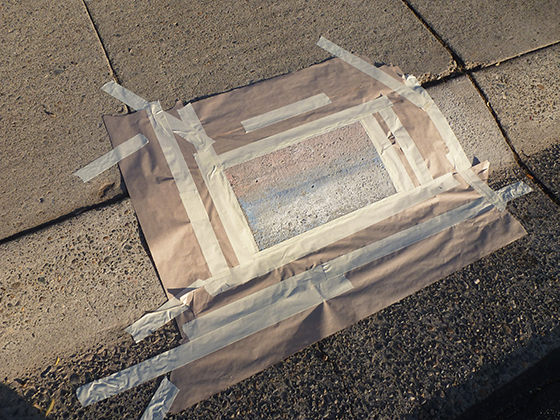 We used Rust-Oleum High Performance Enamel Spray, to block-out the area, and provide a white base for the number. When we peeled off the tape, the outline was pretty sharp. Hopefully this will distract people from the huge fault line on the left. 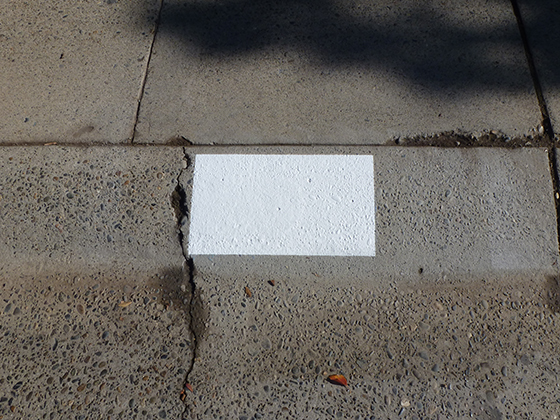 Time to apply the number stencil, ordered from Modern House Numbers –we’d bookmarked the site years ago, and always planned to buy a number from there. We picked their MCM-appropriate Palm Springs typeface. 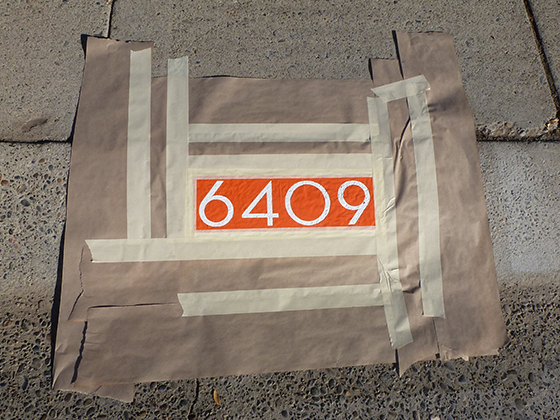 At this point, I wished we were painting white numbers on an orange background, as this combo really pops. But, I’m not sure it’s even legal to do that in Sacramento, and we’d already bought the paint. So, black and white it is. 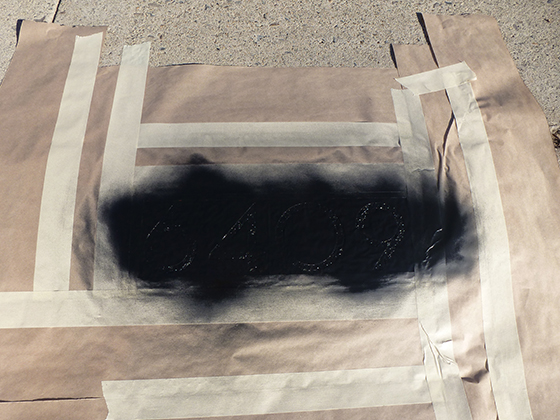 We gave it a good black coating, let it dry for about thirty minutes, then peeled off the tape. It looked pretty good, though we probably should have left it a while longer. Some of the edges were a bit smudged. 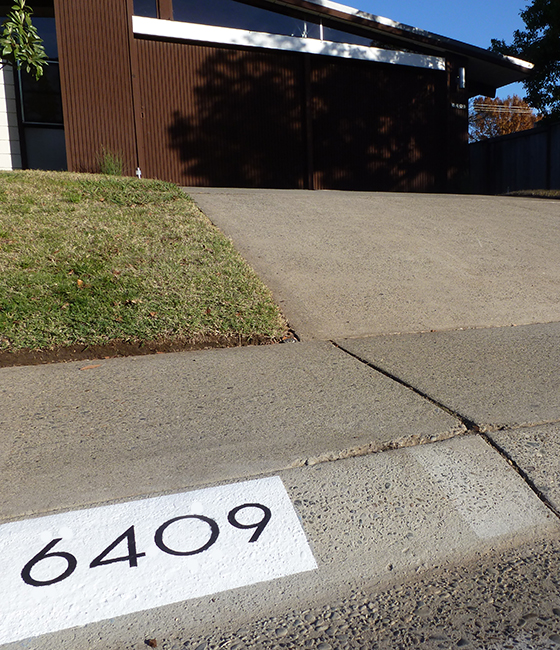 No problem though. Karen tidied up the edges with small paint brush, dipped in more white Rust-Oleum. We’re very happy with the results. It’s another little project checked-off, and a big improvement on the flag.